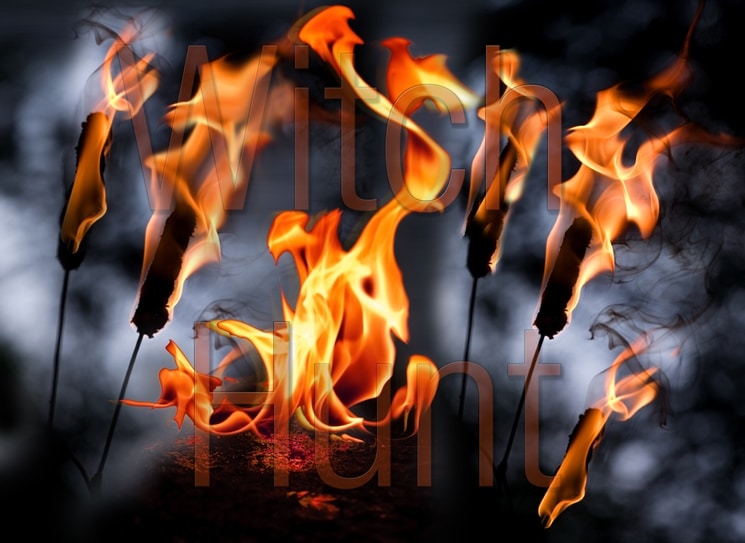 When the past tells its tales, we often grimace in despair, vowing never again to repeat past horrors. Yet the past has a way of seeping into the present until the horrors no longer seem so far away. For this we might take heed, and ponder whether “never again” is now. Never again is now.

In the darkness of the Salem witch hysteria, there was a sense of urgency for villagers to behave a certain way, to guard their words and actions, lest their intent be misconstrued…or worse…they upset a powerful and determined foe.

There was fury in the village well before the nightmares began. One side against another, each opposed to another’s land rights or standing in their society… all quarreling, never sharing common goals for their community, but rather choosing amongst themselves who was worthy and who was not, who should be allowed to remain and who should be forced to leave.

Even ministers, men with experience and wise words meant to bring peace and comfort, could not calm the righteous tide. Nay, in just a few short years several had tried and failed. Never again is now.

Then Reverend Parris arrived, supported by the most wealthy or boisterous, resisted by many of lesser means or smaller voice. The reverend reminded all of how determined Satan was to punch a hole through hell’s door. Of how, each day, they were tested, of how they must unite against such evil – for should even one among them fail in virtue, then all were at utmost risk. 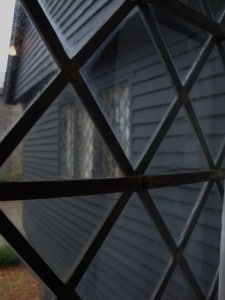 As the cloud of dread and fear descended upon the village, it grew eerily quieter, with each questioning who might be the weakest among them, who might allow evil to enter.

Reverend Parris bid his time, preaching the ills of all except that which he deemed pious and pure. He poured himself – body and soul – into his work to guide and please his flock. Even when they questioned him, he persevered. Even when they withheld his compensation, he remained. Yet when he purchased, for the meetinghouse, candlesticks made of gold, that was a step too far, and a new feud had begun. All held tight to their coin, refusing to pay for such an unnecessary and profane extravagance as that.

Then soon, the Reverend’s daughter, along with her friends, captured the attention of all as they fell into fits… fits certainly caused by the weakest among them, the one who allowed darkness to enter their town.

And the clash between good and evil became a fight more urgent than ever before.

Fear then ruled the lives of all in the village and surrounding areas, for they knew, at any moment, they or someone they loved could be accused of being allied with evil. Of granting evil a place to reside.

The witch hysteria that followed scarred our land with the blood of innocents…and innocence. It seared paralyzing terror into the minds, hearts and lives of not only the meek, but soon, the powerful as well, until not one among them was safe. Until good and evil collided, merged in such a way as to confuse even the most wizened, the most pure.

That time of darkness, though it simmered well and long before it 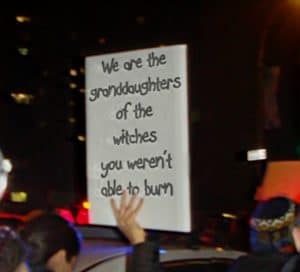 reached boiling, lasted but a relatively short while. And though the purposeful and systematic desecration of human decency that took place cannot – and should never – be diminished in any way, we must realize life was put back to rights not very long after the horrors began. Common sense, the voice of the people –the resistance to the obvious and ever-growing atrocities – brought light to the village and exposed the true sinners.

Sadly, those who perished would not be honored until centuries later. But vows were made then, as so often since, to never again repeat the sins of the past.

Article Name
Never Again is Now
Description
When the past tells its tales we often grimace in despair, vowing never again to repeat past horrors. Yet the past has a way of seeping into the present and the horrors no longer seem so far away. For this we might take heed, and ponder whether never again is now. In the darkness that was Salem, 1692, there was a sense of urgency for villagers to behave a certain way, to guard their words and actions, lest their intent be misconstrued...or worse...they upset a powerful and determined foe.