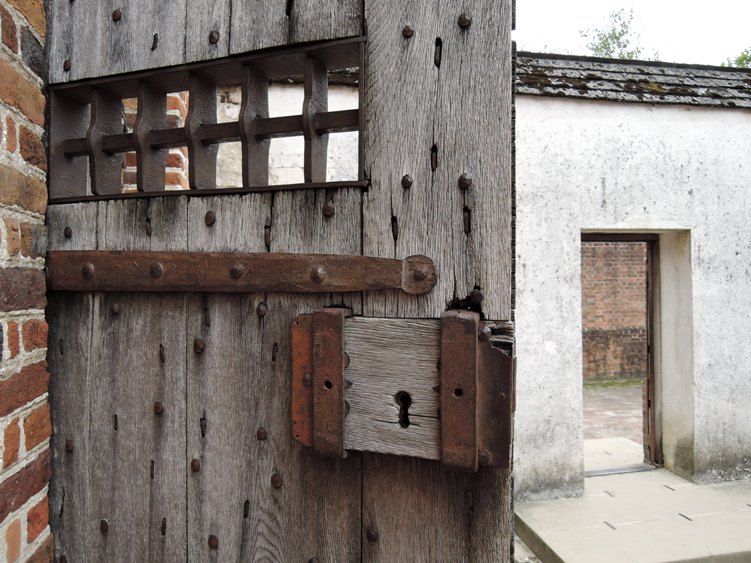 Like most people, I’d read about the Salem Witch Trials when I was in middle school.

The horrors the accused endured affected me deeply then and, years later, during a trip to Colonial Williamsburg, I attended a witch trial reenactment. I, like all the members of the audience, were to take part in the trial. We were the jury. We were instructed as to the beliefs and laws of the time period – the 1600’s – and then we heard the testimony of the prisoner’s accusers.

Throughout the entire process, I shook my head, saying there was nothing any of them could say that would have convinced me she was guilty of witchcraft. And then they brought in the accused – a woman in rags, crying, furious and terrified, pleading with us and the court for mercy. So desperate was she to have her innocence declared that she could not complete a sentence without sputtering – including a sentence within a prayer she had been ordered to recite. The judge cut her off after her second failed attempt, and once she had been dragged from the courthouse, we, the jury, were asked whether she was guilty or innocent.

According to the law and beliefs of the times, I had no choice but to declare her guilty, thus sending this fictitious character to the gallows.

If I had lived during that dark time and had tried to defend her despite the beliefs and laws, I would have been viewed with suspicion. My friends would have turned on me out of fear, the way they had turned on this woman who would now, if she were real, be put to death for a crime we all know now she did not, could not, commit.

In writing this book, it was my hope to take that disturbing period of history and turn it around.

I wanted to give the accused some control over what happened to them and so I focused on one aspect of the pre-trial examinations – the sexual humiliation and torture of the accused. The physical search for the mark of the beast and sexual torture the women endured was a way to strip them of their sexuality, their humanity. To punish them for having had sex with a beast – which was, at the least, a most unnatural joining. In this story, the examiner is not one who rips away female sexuality but rather, awakens it. While the ordeal I created is humbling, shaming and frightening, in the end, I wanted to return to the victims a sense of wholeness and normalcy by allowing them to enjoy the pleasures of the flesh, to make them fully aware of that passion within them and to give them a chance to embrace, appreciate, and use its power.

If you’re an author, what has inspired you to write your stories? If you’re a reader, has there been a moment that made you stop and wonder… “what if…”?