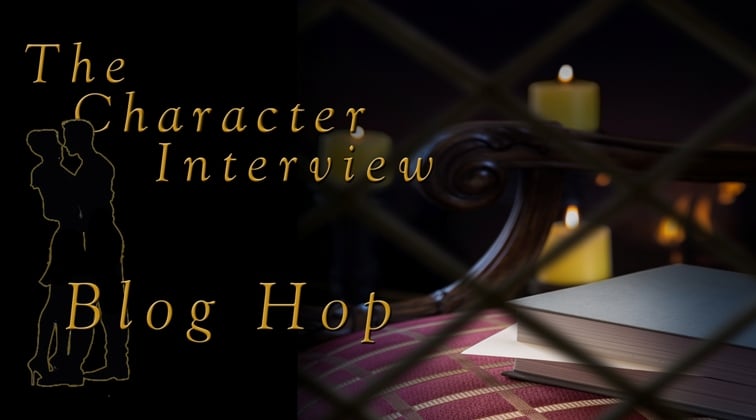 His chambers are dark, lit only by fire from the hearth and candles upon the walls. I stand across from him, resting back against a large wooden table, its surface mottled with dried wax, its four corners adorned with curious iron rings and leather straps.

Governor Foster, would you please tell us a little about yourself and what brings you to this place in your story?

I am brought to this place by fear. There has been much of it in the village of late. Healthy crops wilt, winds shift, livestock…

He grows silent but seems poised to say more and I wait. He’s a large man, by all accounts, broad of shoulder and of some measurable height, noticeable even as he sits upon the wooden stool beside the hearth. He seems comfortable there, with one heel hooked on the low rung and his hands loosely clasped in front of him.

Through my life, I have known of witches. 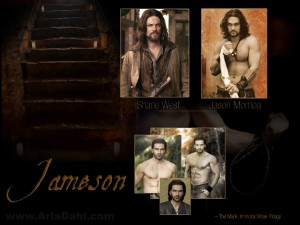 I have known how the devil himself takes great pleasure as he marks innocents. It is said he chooses some secret place upon their bodies, and brands them there with his evil.

Though it is known Satan craves this pleasure, I have met but few true witches. The naked flesh of those I have examined… right there upon that table… has been most pure, unmarked by Satan… though rarely untouched by man.

He comes toward the table where I lean, his step sure, unhurried, and he grabs something metal from a shelf beside me. A flat blade. He turns it in his hand, as though inspecting it, then holds it closer to the candle. It glints in the light.

’Tis not my place to judge virtue, however. ’Tis my place only to provide pleasure, to wrest it from the lips of the accused in sighs and cries of passion, for it is only the witch who cannot feel. I offer a patient and knowing hand. A hand eager to claim victory over the most modest, the most timid, by overcoming their shame and permitting them release strong enough to prove true.

I find his voice and posture most casual, even as he speaks of victory over the timid. My time with him is limited, so I resist the urge to question him further about this.

What is your greatest fear?

Fear is a worthy foe, for it blinds man to reason. Yet, in my heart, I do feel fear.

Just beyond the edge of the table, is a thick band of leather attached at one end to the wall. He grabs the loose end in his fist, holds it taut, and smooths the flattened blade against it, slowly, gently. Stroking back and forth along the length of the leather, polishing the blade’s edge.

Should an innocent lie beneath my hands and writhe there as she should, yet bear a mark unexplained and insensitive…? That is my fear. A witch holds the ability to trick my eyes… to fool with my heart and stir my loins. Should a bewitching occur as I seek to prove innocence, I fear my judgment of the accused might be swayed by the dark one himself.

Have you told anyone about this fear?

Nay, I would not, for if such doubt reached the ears of the villagers, they would seek another to examine the accused. Their fear is great, and as fear blinds men, they would see only guilt and seek to prove it so they might rid the village of evil. Though I am diligent in my examinations of the accused, I seek to prove innocence through pleasure… Were I not here, another would seek guilt through pain.

He examines the blade again, flicking his thumb over its edge before he resumes the strokes against the leather band.

Nay. I would tell no one of this fear. 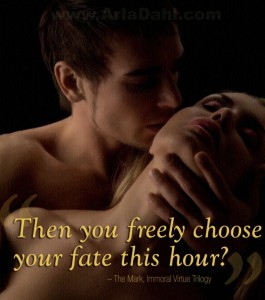 Tell me about one person who made a positive difference in your life.

I am more fortunate than most for there have been many, yet one stands out among the rest, for he sacrifices himself and asks nothing in return. ’Tis the watchman, my friend, Giles Scott. Before him, I believed myself mad for I did not see Satan’s touch in every deed of ill – as all others saw it. I saw goodness. I saw human frailty. I say, should there be witches, ’tis the fear of them and the anger and vengeance directed toward them which we should condemn, for it is in seeking evil that evil be found.

He sets the blade back upon the shelf and picks up another. Stroking it the same, sharpening it, polishing it. I am tempted to ask what use he finds for these blades, but I do not.

Where do you go when you need time to yourself?

Ah, ’tis a temptation for one to indulge in such desires. Yet, I admit, there are times I seek reprieve. As I am ever within my chambers seeking to help, yet causing fear and shame for the accused, it is not without a twitch of pleasure that I seek relief elsewhere. I do welcome the sounds of goodness here on earth. The rush of water in the brook. The song of jays from high upon the trees. Nature brings darkness sometimes, yet too brings things good and light. When fear of evil surrounds one and all, ’tis the gifts of this earth and all its sights and sounds which bring me peace.

He examines the second blade. Sets it beside the first on the shelf. His fingertips linger against it as if he might lift it again. Curious, I watch. Waiting. Then as I look up from his hand to his dark eyes, I see his gaze firmly upon mine. They seem to smile, though he does not.

You wonder about these blades… the accused must be bared before me, with no veil between us. No veil of any kind.

I glance back at the blades he so lovingly fondles and avoid that line of questioning.

Do you have a secret? And if you do, why do you feel the need to keep it secret?

I know of no man void of secrets. Some are of little 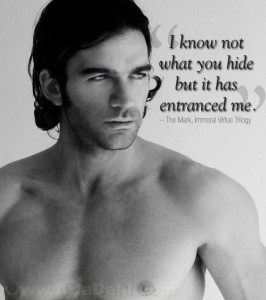 consequence. Others, such as mine, could harm many. You see, my desire to prove innocence is known well. ’Tis perhaps that desire which endears the villagers to me, for any one of them, any one, could find themselves in my chambers, stripped bare and examined – themselves, their passions, their bodies at my mercy. ’Tis a salve upon their nerves that I might find good where others see only evil. Yet, they would not understand that ’tis not in my heart to see those deemed guilty by a mere mark, banished from this place… or worse, hanged. Nay. I would dare see a witch go free before I condemn an innocent to the gallows.

He blows out the candles upon the wall beside the table. I understand our time to talk has come to an end. He turns toward the door, the lone lighted candle in his grasp. I rise and follow him, asking one final question as he reaches for the door to the hall.

If you could ask for one thing, what would it be?

His gaze drifts about the room before it settles upon me once again.

I would ask to know the way to end this madness. It is said witches defend their kind, and so, those who declare there be no witches would soon find themselves accused. Should I be so, who then would defend the innocent? With madness such as this, there is no logic, and so I would ask for a way to bring about its demise.

He lifts his free hand to the candle he holds, and extinguishes its flame with two fingers.

If I could continue questioning Jameson, I would since he’s been more forthcoming here with you in this short time than he has with me since I created him two years ago. Not that I truly mind. Uncovering my characters’ deeply-held secrets happens to be a not-so-secret indulgence of my own.

To meet another leading man now, check in with Meara Platt as she introduces Ian Markham, the Duke of Edgeware, from THE DUKE I’M GOING TO MARRY, Book 2 in the Regency era historical romance Farthingale series.

Meara Platt writes Regency-era historical romances. Her debut book in the Farthingale series, My Fair Lily, was released in October 2014 and is an Amazon bestseller. Book 2 in the Farthingale series, The Duke I’m Going To Marry, is scheduled for release on January 2015. Meara is an RWA Golden Heart award winner in historical romance and you can visit her website at www.mearaplatt.com.