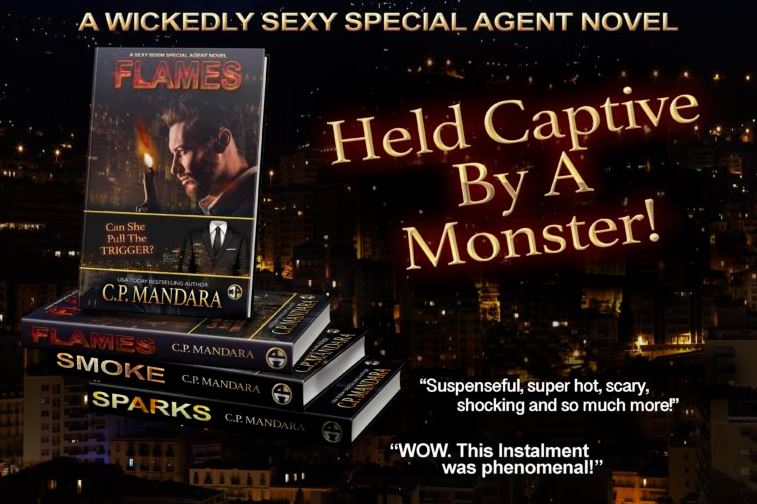 While the day job has taken too much time from me for blogging, I am writing and I am certainly reading. And as the weather heats up, so does my choice of book. Fortunately, my friend C.P. Mandara has just released a book so hot, even the titles is FLAMES.

I’ve been left in the hands of a monster. He’s beaten me up, torn my flesh to ribbons, and tried to steal my soul – but even though I crave death, my body refuses to die.

Just when I begin to think that there is no God, an angel arrives to save me. Now it’s James Leveritt against Alain Dumortier with my life riding in the balance. I’m in love with both of them, but I’ll need to kill one if I want to survive.

The stakes have never been higher.

Gliding forwards, silent and deadly as a panther, I continued on my path 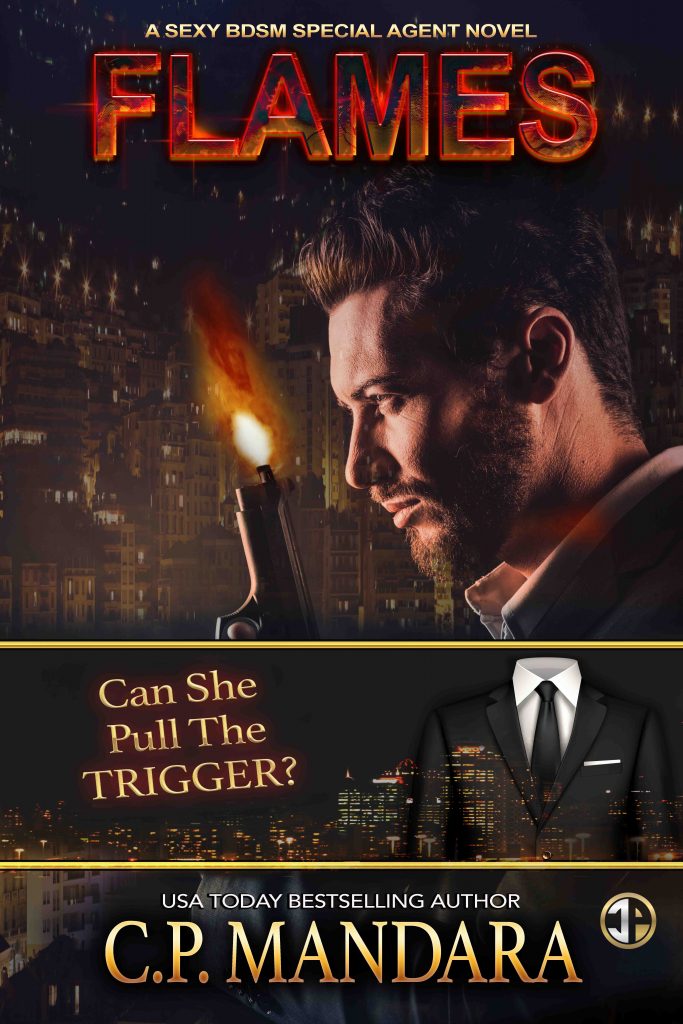 until I was standing right before them. Clearing my throat loudly, I waited for the happy couple to acknowledge my arrival.

Lois was the first to do so. “Fuck,” she spat. Springing away from Adie, she brought her hand up to her mouth as if to wipe away all evidence of their kiss. That immediately drew my gaze up to her face, where I focused on her beautifully swollen, red lips. Slowly, very, very slowly, my eyes reached hers.

“You’re supposed to be in Paris,” she whispered shakily, his fingers twisting nervously around her throat.

“My board meeting for tomorrow was cancelled, so I got to come home a day early. Lucky me,” I drawled. My eyes switched to Adie, who was now backing away from me in order to make his escape. I curled my finger forward, beckoning him towards me, to let him know that wouldn’t be an option.

“Have you met my wife, Lois?” I asked the question pleasantly enough, but for those that cared to listen, there was an undercurrent of menace in my tone.

“I didn’t know she was married,” barked a now very uncomfortable Adie.

All eyes in the room now circled us like greedy vultures, watching and waiting for the first casualty. People were so predictable.

“That is generally what a wedding band is for, isn’t it?” I asked, holding Lois’s hand aloft in the air, to demonstrate that she was indeed wearing my ring.

“I didn’t look,” he stammered.

“I can see that. Perhaps next time you’re in the same position, you’ll make a point of doing so,” I suggested, to which he nodded heavily. Of course, he wasn’t going to get off that easily.

“Meanwhile, I need to figure out what to do with you and my wife. Clearly, you both need to be taught a lesson.”

“What’s your excuse by the way?” I said, turning towards the beautiful temptress that was now looking a little green around the gills. “Did you forget that you were married? Is this a temporary spell of amnesia that I should be worried about?”

She began backing away from me, too. “I think we should go home,” she said eventually, inching closer towards the door.

“Do you think you’ll be able to explain it better there?” I said it quietly, but by this time there wasn’t a sound to be heard in the room bar our little disaster unfolding.

Look for the box set on Amazon too: 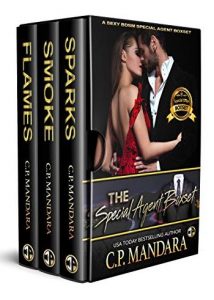